What: Liz in September
When: Friday, October, 9th, 6:30PM
Where: Little 1 Theatre

The gorgeous beaches of the Caribbean serve as the backdrop to Liz in September, a touching film based on the classic play Last Summer at Bluefish Cove by Jane Chambers. Director Fina Torres updates the original 1980 work, giving it a more streamlined, modern feel for today’s audiences.

Out lesbian actress/supermodel Patricia Velasquez (The Mummy, The Mummy Returns, The L Word) stars as Liz, a hard-partying, love-‘em-and-leave-‘em lesbian who celebrates her birthday each year with her friends in the Caribbean. But this year is different. Liz is terminally ill, a fact she hides from all but one of her friends. This will most likely be her last retreat with them and she wants to make the most of […] 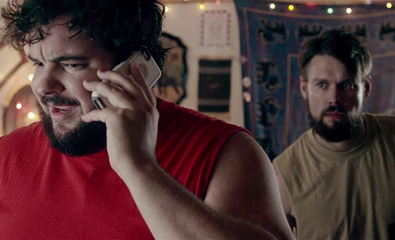 What: Fourth Man Out
When: Friday, October 9th, 9:30PM
Where: Little 1 Theatre

It’s his 24th birthday, and Adam (Evan Todd) has decided to mark the occasion by finally coming out to his buddies. He’s planned and agonized over this moment, and it’s come time to put words into action. Things don’t go entirely the way he planned (when heavy drinking is involved, they never do), but by the time morning comes, Adam has told his best friend Chris, and their mates Ortu and Nick, that he’s […]