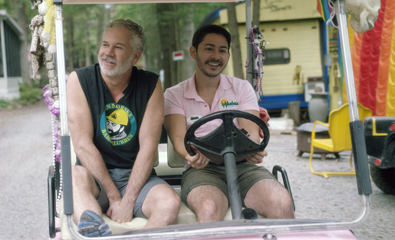 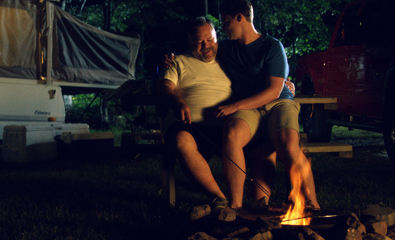 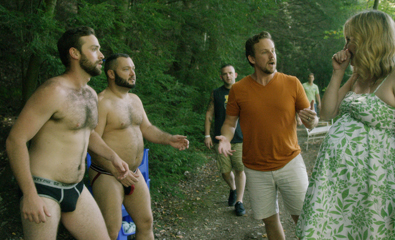 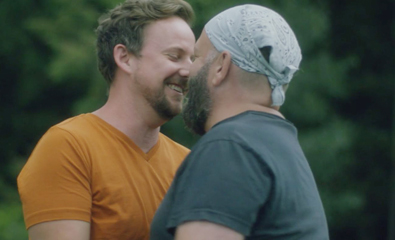 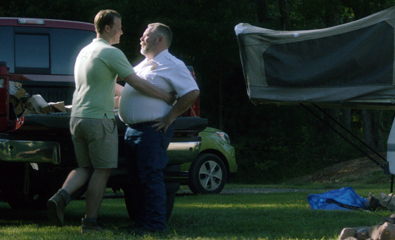 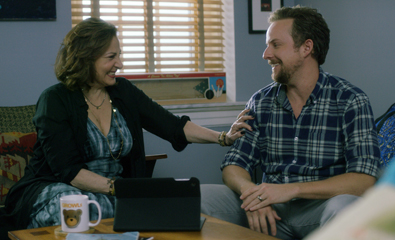 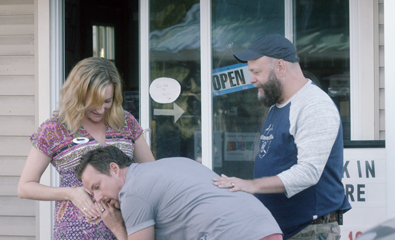 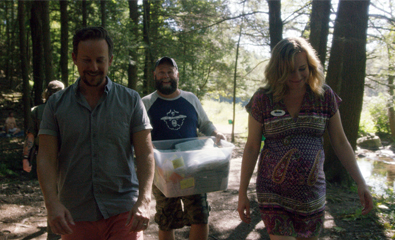 The bears are back! Everyone’s favorite larger-than-life, hairy heroes are heading to The Woods for some fabulous glamping in the Poconos. As the film opens, Brent and Fred (Stephen Guarino and Brian Keane) are preparing to become papa bears, thanks to Fred’s sister, who’s acting as their surrogate. Brent is nervous about the responsibility he’s soon to take on, and also about Fred’s retreat to his edit cave where he’s obsessing about perfecting his documentary, Beartopia.

Michael (Gregory Gunter) is dealing with his own issues. He has a new lover, Dalton (Garikayi Mutambirwa), but is still having trouble getting over Carlos’ tragic death. Dalton, for his part, is trying to give Michael space to deal with his grief, but fears there may not be enough room in Michael’s giant heart for him. Complicating matters is the well-intentioned meddling of Dalton’s daughter, Emma (Lauryn Alisa McClain), who doesn’t want to see her father get hurt. Then there’s Roger (Gerald McCullouch). Not only did things not work out with Tyler (Joe Conti), but he’s now unemployed to boot. When his credit card is declined, he doesn’t even have the option of drowning his sorrows. And to top it off, he learns there’s a new man in Tyler’s life.

With everyone packing more than just their outfits in their baggage for the weekend, drama is bound to be thrown in the mix. This long-anticipated finale to the Bear City trilogy once again includes Kathy Najimy as Brent’s mother, as well as Daniel Franzese (Mean Girls, and HBO’s Looking), and an appearance by ImageOut favorite Chris Salvatore (star of the popular Eating Out films featured in past festivals). Director Douglas Langway ends things on a high note: his film is just as hilarious, sweet, and sexy as fans could have hoped. Woof!