In Swedish with English subtitles 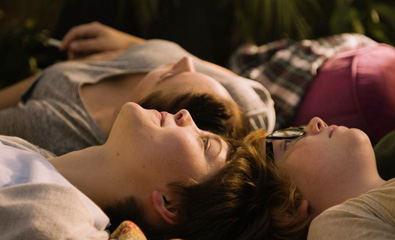 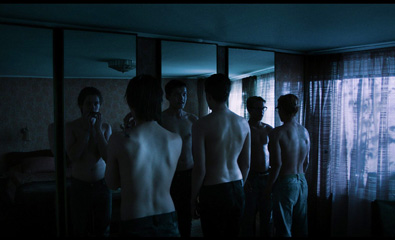 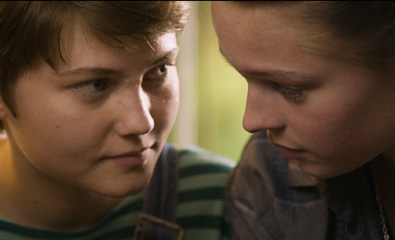 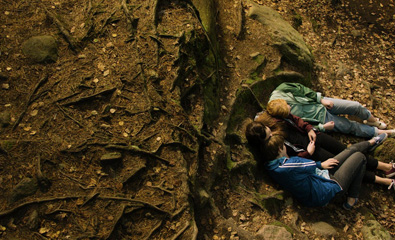 Reality and fantasy converge in Girls Lost, an utterly unique coming-of-age story combining elements of magical realism with an unabashedly queer sensibility. Based on a prize-winning young adult novel, the film has been wowing festival audiences hungry for a taste of something unexpected.

Three teen-girl outcasts wonder what their existences would be like if they were able to experience life as boys. Would their peers treat them differently? Would they be happier? Kim (Tuva Jagell), Momo (Louise Nyvall), and Bella (Wilma Holmen) find that their questions only lead to more questions. Their unexpected journey begins with the death of Bella’s mother: when she leaves behind a seed with mysterious instructions, Bella becomes committed to following through on her mother’s wishes. Horticulture may not be a typical hobby for teenagers, but this isn’t your typical high school drama. When a very unusual flower grows from the seed, its sweet nectar attracts butterflies like a feline to catnip. The girls decide to see what all the fuss is about, and give the liquid a taste. That’s where the magic begins and life as they knew it ends. The girls discover that they have the power to temporarily morph into boys, and it seems that they’ve finally gotten their wish. Or have they?

Perfectly cast, from the three girls to their male counterparts– played by Emrik Ohlander, Alexander Gustavsson, and Vilgot Oswald Vesterlund – the characters in Girls Lost grab our hands from the get-go, pulling us through an odyssey of self-discovery, gender, love, and friendship. A creative pairing of the supernatural with young, coming-of-age themes and a dark, moody tone make this film one of the most captivating films in our lineup.