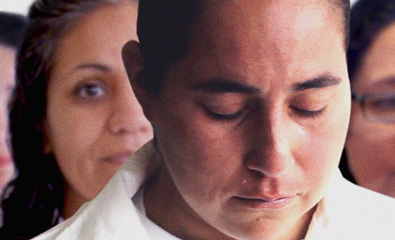 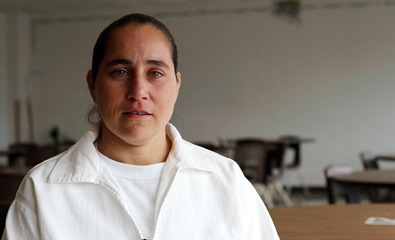 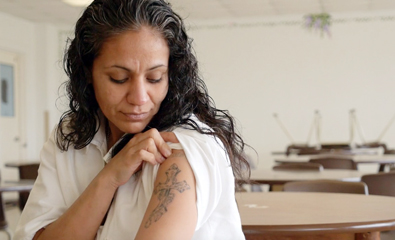 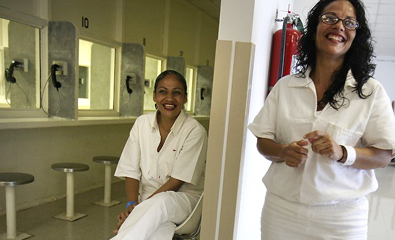 One has only to look at a newspaper or watch the evening news to get a sense that the justice system in our country doesn’t treat all people equally. People of color know this all too well. And when charges of sexual abuse start flying, when the authorities round up the usual suspects,it’s a good bet that someone who’s perceived to be part of the LGBT community will stand accused. Now imagine it’s 1994, and the alleged crime took place in San Antonio, Texas. Southwest Of Salem is a frank examination of a disconcerting case of four Latino lesbian women accused of sexual assault.

Liz Ramirez was disowned at the age of 16 when she came out to her mother. She was taken in by her sister and brother-in-law. Three years later, she has her own apartment, and agrees to let her 7- and 9-year-old nieces stay with her for a week. When the girls return home, they allegedly report that Liz and three of her friends sexually assaulted them. Soon, all four women are arrested.

The deck was stacked against the accused from the start. The fact that the women were lesbians was not supposed to be mentioned, yet the prosecutor did so anyway. It was difficult to find jurors in conservative San Antonio who weren’t homophobic. And there were sensational accusations that the women were engaged in some sort of satanic ritual. Eventually, all four women were convicted, receiving sentences ranging from 15 years to 37.5 years in prison.

This gripping documentary examines the bias against the LGBT community, which is too often apparent in our criminal justice system. Despite the system’s premise that a person accused remains innocent until proven guilty, these women were faced with the Herculean task of disproving something that never happened. This account of a modern-day witch hunt will provoke outrage at the miscarriage of justice that robbed these young women of a good portion of the prime of their lives.