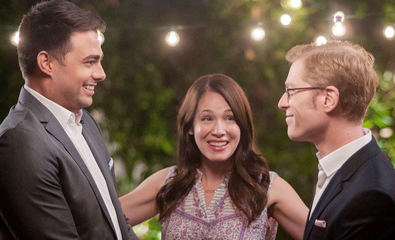 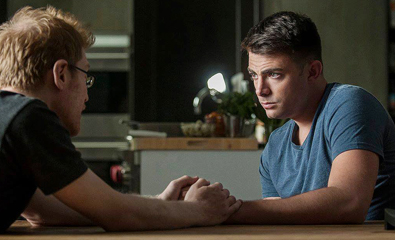 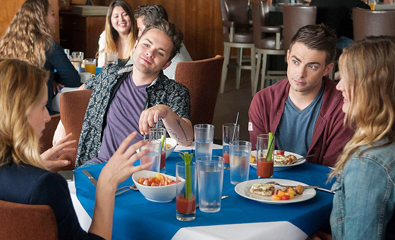 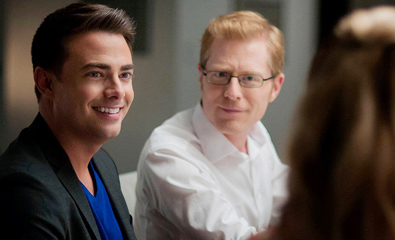 After four years together, Daniel and Christopher are just one day away from being married. There’s still much to be done, especially since control-freak Daniel (Anthony Rapp, Rent, Adventures in Babysitting) won’t let anyone help him, despite already working 50 or more hours a week. That’s par for the course though, since as Daniel’s good friend Jacob (Mackenzie Astin, TV’s The Facts of Life and Scandal) says, Daniel’s not happy unless he’s living on the edge of disaster.

Christopher’s friends Bradley (Thomas Dekker, Kaboom and TV’s Heroes) and Summer arrive to take Christopher (Jonathan Bennett, Mean Girls and Food Network’s Cake Wars) to brunch. They urge Daniel to come along, as they plan on giving Christopher their wedding present, but of course Daniel’s busy making preparations for the rehearsal dinner and declines the invitation. Upon their return, Daniel is shocked to learn that the gift is one more dinner guest: Christopher’s childhood BFF Emma (Alona Tal, TV’s Veronica Mars, Supernatural), whom Christopher has never so much as mentioned to Daniel.

Daniel, who doesn’t handle surprises well, doesn’t make a great first impression. Fortunately his family soon begins to arrive, and Daniel reluctantly relinquishes some control, allowing them (as well as Jacob, Bradley, and Emma) to pitch in. However, there is another curve approaching – one that threatens to derail the wedding itself. Will these challenges tear them apart, or is the love Christopher and Daniel share strong enough to get them through?

Do You Take This Man is a well-written film, featuring a great cast (did I mention Alyson Hannigan, of How I Met Your Mother and Buffy the Vampire Slayer fame co-stars in one of her best roles to date?). It’s a touching, often humorous portrait of modern love, and how relationships can survive almost anything if both partners are willing to work at it.