In English and Spanish with some English subtitles 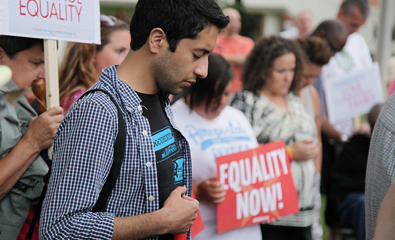 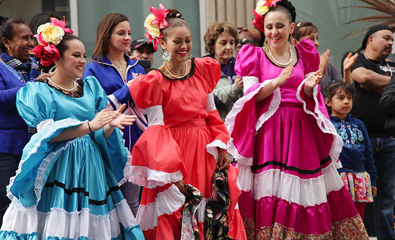 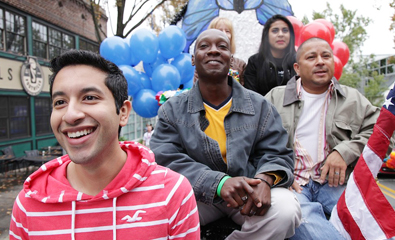 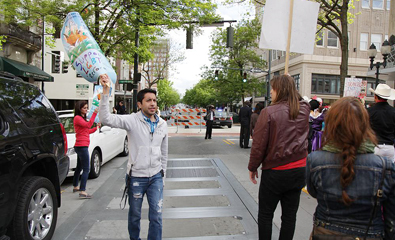 Directed by Tiffany Rhynard, Forbidden is a poignant and sensitive documentary which explores the aspirations and fears of our country’s undocumented immigrants. Often brought across the border as children by parents hoping to better their lives in the land of opportunity, these individuals often face even more barriers once they’ve arrived.

Putting a sympathetic face to the stories currently making headlines, the film highlights the journey of Moises Serrano, a queer, undocumented immigrant and activist. Rhynard allows us to observe this young man’s attempts to navigate the complexities of his legal status in the turbulent political climate of recent years. An articulate and effective spokesman for both undocumented immigrants and the gay community, Moises is equally passionate about the oppression directed at both groups. The message he embraces is simple: there’s enormous potential being wasted by our government when they deny the basic human rights of so many individuals by continually forcing them into the shadows of our society.

Growing up gay in rural America is fraught with difficulties. The stigma, frequent bigotry, and constant fear of deportation are so woven into the fabric of every undocumented immigrant’s daily life that one’s reality can easily be reduced to an existential wasteland full of stultifying obstacles that freeze out all efforts to better oneself. Rhynard focuses on Moises’ efforts to overcome the bias of harmful stereotypes, working to attain better employment and to gain access to college. All the while, he’s up against a legal system that actively seems to be working against him.

Compelling and compassionate, Forbidden tackles a hot-button issue head-on, as it effectively provides a point of departure for a much-needed conversation and asks us to consider what it truly means to be an American.