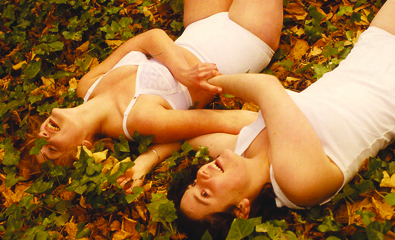 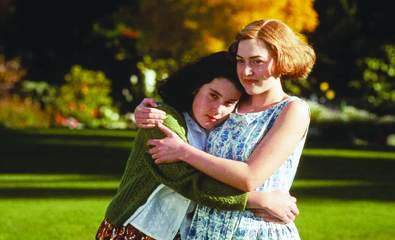 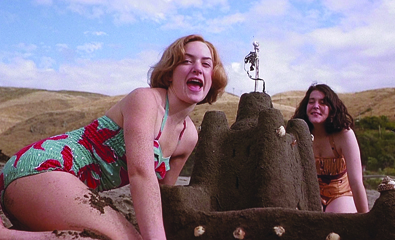 Heavenly Creatures stars Kate Winslet (Titanic, Sense and Sensibility) as Juliet Hulme and Melanie Lynskey (Up In The Air, Ever After) in the role of Pauline Parker, with both actresses making their film debuts. Sharing a love of Mario Lanza and creating elaborate tales of imaginary lands, the girls form a bond that slowly begins to isolate them from all else. Blending medieval kingdoms and Hollywood adventure, their fantasies abound with paramours and chivalry, embellished with blazing panoramic cinematography and judiciously edited CGI segments that only heighten our assimilation into their world, drawing us into the zeal of their affection.

When Juliet is stricken with tuberculosis and is hospitalized in isolation for many weeks, the two correspond in lengthy letters written in the personas of their fantasy alter egos. Upon Juliet’s release from the hospital, the intensity of their relationship grows as their parents fear that the girl’s friendship has grown unwholesome. The fear of separation threatens their insular world, and a dark plan is formed.

Based on true events and Pauline Parker’s actual diaries, our ImageOut of the Archives feature offers up a finely crafted narrative that weaves itself around a slowly evolving obsession. Heavenly Creatures is a milestone in many respects, marking Peter Jackson’s transition from low budget horror movies into the world of prestige filmmaking and launching the careers of two incredible talents in Lynskey and Winslet. While ambiguous about the precise nature of the girls’ relationship, Jackson (working with writing partner Fran Walsh) cleverly plays with the tropes of queer depictions in film, crafting an imaginative and sensitive portrait of teenage passion turned deadly.