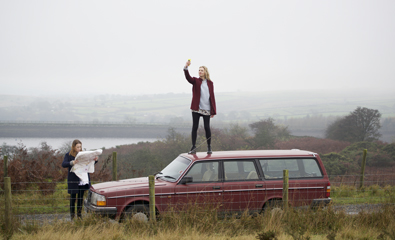 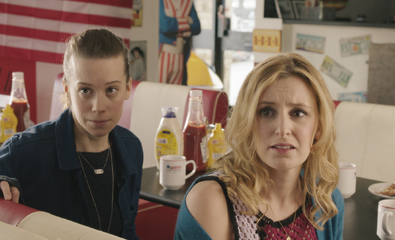 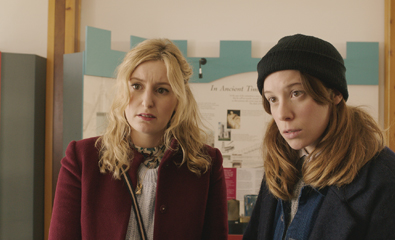 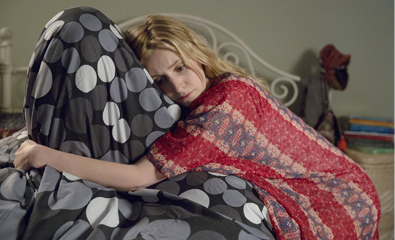 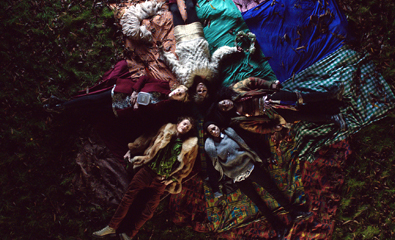 "The only people for me are the mad ones, the ones who are mad to live, mad to talk, mad to be saved, desirous of everything at the same time, the ones who never yawn or say a commonplace thing, but burn, burn, burn like fabulous yellow roman candles exploding like spiders across the stars.—Jack Kerouac

Dan’s death rocks his family, but not as much as it does his two best friends, from whom he kept his diagnosis of terminal pancreatic cancer. Seph (Laura Carmichael, Lady Edith from TV’s Downton Abbey, Madame Bovary) and Alex (Chloe Pirrie, TV’s Black Mirror, War and Peace) sit at his funeral, stunned, sad, and at a complete loss. Then Dan’s parents inform them that he’s left them a video. As they watch in astonishment, Dan tells them how much he loved them and how much their friendship meant to him. But he has one final request: he needs their help with his final wish, which is to have his ashes scattered in four specific locations across the United Kingdom. For each stop, he’s made a video to explain the significance of that place, which they’re only to watch upon arrival.

Both women are reluctant at first, but when Alex catches her girlfriend cheating on her, and Seph – an unsuccessful actress – is fired from her job as a nanny, they set off on a road trip they’ll never forget. Dan’s videos not only show his deteriorating health, but run the gamut of emotions for him and for the girls. Throughout the course of his long goodbye, we learn more and more about each of them as their backstories fill in. As his health goes south, so do his filters, and he gets his beloved friends – using sometimes harsh methods – to look in the mirror, evaluate their own lives, and face their fears head on.

The first full-length feature for director Chanya Button, she does an impeccable job delivering on both emotion and comedy without making the movie feel too big for its britches. Part buddy-movie comedy, part touching drama, Burn Burn Burn will take you on a journey that will stay with you long after the credits roll.